For 99.99 percent of the American population, this position is unknown, and they have no idea why they should care about it anyway.

Well, until the Marxist-driven Obiden administration, along with both chambers of Congress took office, the person running the Office of the Comptroller of the Currency, a branch of the Treasury Department, would not have been a concern.

Unfortunately, the Biden White House continues announcing the nomination of radicals hoping the U.S. Senate will give them the rubber-stamp of approval, which is typical unless there are significant issues with the nominee.

Saule Omarova must be one that doesn’t get anywhere close to a government job.

She was born in the USSR and is a devout Marxist.

She refused to turn over her thesis written on Marxism while attending college in the former Soviet Union.

“Marxism is a social, political, and economic theory originated by Karl Marx, which focuses on the struggle between capitalists and the working class. … He believed that this conflict would ultimately lead to a revolution in which the working class would overthrow the capitalist class and seize control of the economy.”

Republican Sen. Pat Toomey, ranking member of the committee, sent a letter to Omarova on Oct. 6. The letter asked the Cornell Law School professor to hand over her Moscow State University thesis, titled “Karl Marx’s Economic Analysis and the Theory of Revolution in The Capital,” by Oct. 13, citing the committee’s need to “fully assess the fitness of individuals to serve in Senate-confirmed executive and independent agency positions.”

Omarova scrubbed mention of the thesis from her resume, the Washington Free Beacon reported. She also praised the now-defunct socialist government for its lack of a “gender pay gap” in 2019.

A Banking Regulator Who Hates Banks – The left wants everyone to ignore what Saule Omarova believes.

She says the Fed should be remade into what she calls “The People’s Ledger.” By “the people” she means progressive elites like her. She calls for “reimagining” the role of central banks “as the ultimate public platform for generating, modulating, and allocating financial resources in a modern economy.”

Saule Omarova, President Biden’s pick to be the comptroller of the currency within the Treasury Department, appears to have joined a Facebook group for Marxist and socialist discussion in 2019, according to a post in the group called “Marxist Analysis and Policy.” 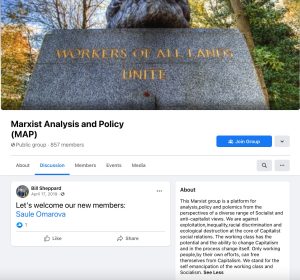 The post links to a Facebook account that’s been in operation since at least 2017 with a profile picture that appears to be of Omarova. The account’s profile picture has 85 visible likes and 14 visible comments, some of which appear to be from people who would reasonably run in the same social circles as Omarova. Those include a University of Minnesota law professor and a Cornell engineering professor.

This pattern of radicals getting close to or into our government is very alarming. With most of America spending their days reading the same mainline stories, posting and laughing at MEMES and bragging about their lives, even if made up on social media, the left will continue nominating away.

My fear is the end result will be the infiltration by these radicals, corrupting multiple organizations in D.C, like what we have seen already in the FBI, CIA, and DOJ.